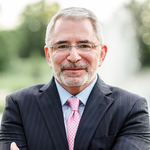 John D. Kershman is a founding partner at Ahearn Kershman, LLC in Clayton, Missouri.  John focuses his practice on family law litigation and mediation in Missouri. He has assisted clients in collaborative family law matters and mediation as well as cases involving divorce, modification, paternity, child custody, adoption, contempt, international child custody (Hague Convention), and appeals. John is a member of the Hague Convention Attorney Network through the U.S. Department of State.

John received his Juris Doctorate from Washington University Law School in St. Louis. He earned his B.S. from St. John's University in New York, and his Master's Degree in Business from Webster University in St. Louis. He is admitted to practice in Missouri, including the Eastern and Western Federal Districts of Missouri as well as the Eighth Circuit Court of Appeals.

He is a member of the IACP - International Academy of Collaborative Professionals, as well as, the AMM - Association of Missouri Mediators, and the APFM - Academy of Professional Family Mediators. He has been recognized by the National Association of Distinguished Counsel as a Member of the Top One Percent Attorneys since 2015 and has maintained an AVVO Superb 10.0/10.0 Rating since 2014.

Born in the St. Louis area and raised in New York City, in his spare time, John and his wife Kim enjoy outdoor activities with their rescue pup children Layla and Stitch.

The Academy of Professional Family Mediators

The Association of Missouri Mediators 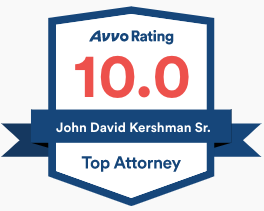